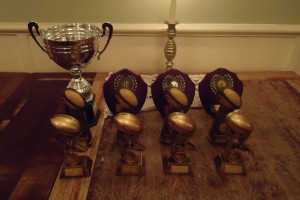 Last night the Lions held their annual AGM and prize giving. Thank you to all those who attended and the full reports will be published in due course for those who were not able to attend.

Those who were not there may or may not be aware that both our chair (Adrian O’Sullivan)and vice chair (Brian McCluskey) have stepped down. Both of them have put in a huge amount of work over the years to bring the club forward, and without them the Lions would not be the club it is today, so thank you both.

To the new chair, David Anderson, and vice chair, Stewart Robison, congratulations on your appointment and good luck in your new roles.

The Lions set some long and short term goals at the start of the season. One of the short term goals was to finish in top 8 of the STS this year and we finished 7th! This is a huge achievement and this is largely down to the hard wok put in by our coaching director, Gillian Bond, and her coaching team. A massive thank you to you all for your hard work throughout the season.

Finally, a last thank you to the money lady, Cathy Bertuccelli, for keeping us afloat (and in the black!) this year, and also to all the committee members and volunteers from last season. The club is run by volunteers and it’s down to everyone’s hard work that we are where we are today.

Enjoy the off season and will see you all at the next social event! 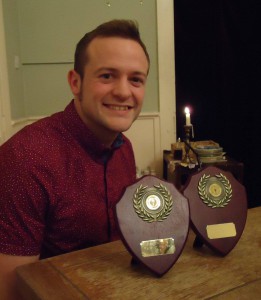